Kelp Martorell Seen and Unseen 1 from dylan martorell on Vimeo.
Seen and not seen is a production studio for audio-visual collaborations between Dylan Martorell and various members of Melbourne’s music and video art scene. Collaborators include Spinach Triangle, Hessian Jailor, James Grant, Benjamin Hancock and Lichen Kelp as well as members of Ambulance, Judo Bronze and Amphibious Vehicle.

Handmade instruments, improvised choreography, robotics and DIY electronics will be combined with green screen video, various sculptural props and primitive special effects to create a series of music videos onsite with this impromptu collective of practitioners. The remnants of the music videos will make up an accumulative installation. Album cover artwork will adorn the walls and a number of screens will feed back the finished artworks as they’re produced. 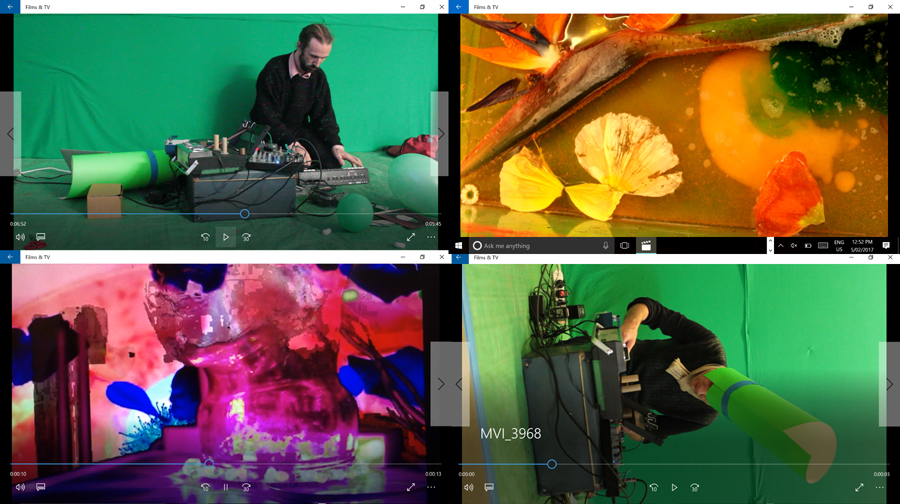 The open studio format will allow the public to witness the often unseen creative act of music and video production in its various phases of creation. Viewers are encouraged to drop in during gallery hours throughout the exhibition to view the work in progress from day one – Wed Oct 26 – before the results of Martorell’s various music video workshops and collaborations are unveiled during the public event two weeks into the project – Sat Nov 5 – for an open afternoon of video viewing and live performance.***Public event and performances
Saturday November 5, 2-5pm